The Rule of St. Columba – Be naked in your Imitation of Christ.

In this series of reflections on the Rule of Columba our aim to explore the wisdom of this ancient rule and find a contemporary vitality for the modern era.

I start this reflection of on the Rule of Columba with a confession. A number of years ago I came to an obvious realisation that object of Christianity was not to believe in Jesus. Although siblings, there is a quantifiable difference between belief and faith. Belief is often a conceptual abstract predominantly intellectual exercise. For Christians (something that God is not), believism often strays into theological and moral protestations of doctrine; homosexuality, the nature of the atonement, the prosperity gospel aberration, the climate crisis, are all current examples I have come across within the last year. What we believe is important, but no guarantee of a meaningful relationship with God (Matt 7:21-23).

Faith is the very practicable tool in the hand of belief. If belief is the map by which we plot our course through life, faith is the physical body by which we walk that path. Faith is not cerebral, it is always wholesome, three dimensional, creational and rooted in our lives lived. I am sure for many people this is a rather obvious contention, but for me it was an important moment. It helped me to transition from being primarily a believer, where the quality of my relationship with God was defined by the levels of evangelical[1] orthodoxy I could espouse, to a person who intentionally sought to understand what Jesus believed in and then tried to outwork that in life. I am very grateful to the poorest of the poor in Addis Ababa for this awakening. They taught me that Christ lives with the poor by preference and visits the rich by invitation (Matthew 25:40). They taught me Gods’ righteousness and justice is not a confessional creedal statement, but a lifestyle ethic lived out vis a vis the power structures of the world. I am not convinced I have done a particularly good job of this, but the shift in my way of encountering the life of the Spirit was subtle yet profound. It led me to a series of changes that although turbulent at times, I am now glad I took. 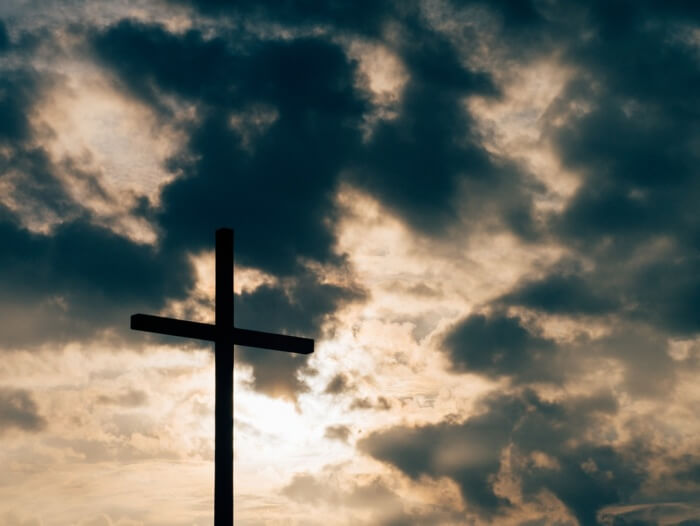 The Cross of Christ – The focus of St. Columba’s spiritual life.

It is not enough to believe in Jesus, we must believe what Jesus believed and do the things that Jesus did.

This reflection on naked imitation (action and belief) led me re-frame my faith away from polemic language and to try to act upon this idea of imitating Christ. I find the inner journey more telling than the external one in this matter. In the Divine economy, the internal spiritual life always has an external ontological outworking. Nakedness in our current reflection is not a theological idea, it is a word that captures heart, spirit and compunction. It is a state of being. Naturally the practice of literal nakedness in the British climate would be an act of ridiculous stupidity, meaning death by exposure or worse, public humiliation and arrest. Naked imitation represents the goal of the rule of St. Columba, total abandoned vulnerability to the fullness of God the Creator. Nakedness implies raw intimacy – the sense of the immediate, the truly close, skin to skin. Nakedness in relationship to Christ is a place of total vulnerability and exposure to the power of the Trinity. It becomes that child like state of natural innocence and uninhibited freedom, that mature condition in adulthood of passion, climax and connectedness.

Let him kiss me with the kisses of his mouth! For your love is better than wine, your anointing oils are fragrant, your name is perfume poured out; therefore the maidens love you. Draw me after you, let us make haste. The king has brought me into his chambers. We will exult and rejoice in you; we will extol your love more than wine; rightly do they love you (Song of Songs 1:1-4).

We can understand the wisdom of St. Columba ordering his rule for living in such a way as to ensure that being ‘alone in a separate place‘ was so critical before engaging in the pursuit of naked imitation of Christ. Once you open your soul to the surging motion of Gods’ creative passion and love, you must be in a rooted place to fully immerse yourself in the relationship without distraction, as there is nothing that can compare to the the Divine wheel of fire and love. The naked imitation of Christ starts with the naked exposure that mirrors the Son with the Father, alone and withdrawn on the mountain of prayer where that open, vulnerable, relational union sustained Jesus and created within the Son of Man the righteous humanity the world finds so attractive.

What continually amazes me as I attempt to understand and practice the rule of Columba has been the natural human and Divine balance that emerges. Not a metronomic balance as one would immediately assume between two polarities, rather a circle of harmony among a community of relationships. I have come to view this as a naturally Trinitarian creational movement. It is an encounter between creation – Creator – humanity. This emergent conversation is rooted in being fully human and continually open to Christ the Creator. By expressly giving focus to the evangelists, St. Columba draws a focus on the accessibility and humanity that is the heavenly host. A link into a world of spirituality that is almost lost to us in the western tradition, namely the embrace of the heavenly host and the company of saints. I am confident that Columba is pushing me to focus on the practice of following through identifying with others. The evangelists (or apostles) where men and women who gave their all and in most cases their very lives because of this great encounter with Jesus.

The evangelists if embraced as living people, resurrected and eternally in the presence of the Father become an example of ‘how to follow Christ’. In our short piece we cannot explore this huge idea in detail, yet their witness stands as the foundation upon which the house of living stones (1 Peter 2:4-5) is being built. They all received a call to follow Christ to the exclusion of everything else. Their allegiance was to Christ even to the point of death when required. They dedicated themselves to prayer, fasting, teaching and witnessing to the resurrection of Jesus (Acts 2:42-43). They all (with the odd exception) took the gospel message beyond the shores of their native land. The journey of naked imitation is not an abdication of responsibility to the world around us, rather through surrendering of self, we become a witness to the birth of a Holiness the world has lost and thereby opens up a way of hope to all seeking the peace and justice of God’s Kingdom.  This purification of purpose and focus was the great challenge the early followers of Jesus gave of themselves to, even unto their last breath.

St. Columba gave his life to ‘white martyrdom’ (voluntary exile for Christ), to ‘green martyrdom’ (prayer, fasting and other ascetic practices) and teaching in order to imitate Christ and the evangelists as ‘red martyrdom’ was not likely given the embrace that the British Islands gave to the gospel. This imitation of the evangelists is rooted in a relational understanding of the created worlds, visible and invisible. For the Celtic Church, the dead in Christ were ancestors in the faith and very close to the living. Another injunction of St. Columba was not to forget to pray the Office of the Dead. A reminder to not forget and celebrate in prayer those who have gone before us in the faith. The great cloud of witnesses (Hebrews 12:1) were very close and active participants in the Columban community.

With great relief, the naked imitation of the evangelists became an opportunity to understand my own failings. All the evangelists were to some degree or another failures at critical moments in their lives. It is almost as if this failure, most notably their abandonment of Jesus in Gethsemane and their subsequent restoration through the witness of the resurrection and the breath of the Holy Spirit, gave them the moral courage to eventually face the ultimate test of sacrificial love. John records that ‘if we say we have not sinned, then we make him a liar and his word is not in us’ (1 John 1 v10). I am glad that the naked imitation of Christ and the Evangelists means I can fail, it takes the pressure off the next step.

[1] In my early walk as a Christian, no one ever explained that evangelical was a perspective of life and the gospel. The message of Christ was always presented as a doctrine to be obeyed. Discovering that Christianity was bigger than evangelicalism was very liberating.

The Rule of St. Columba – IF YOUR CONSCIENCE IS NOT PREPARED TO BE IN COMMON WITH THE CROWD.