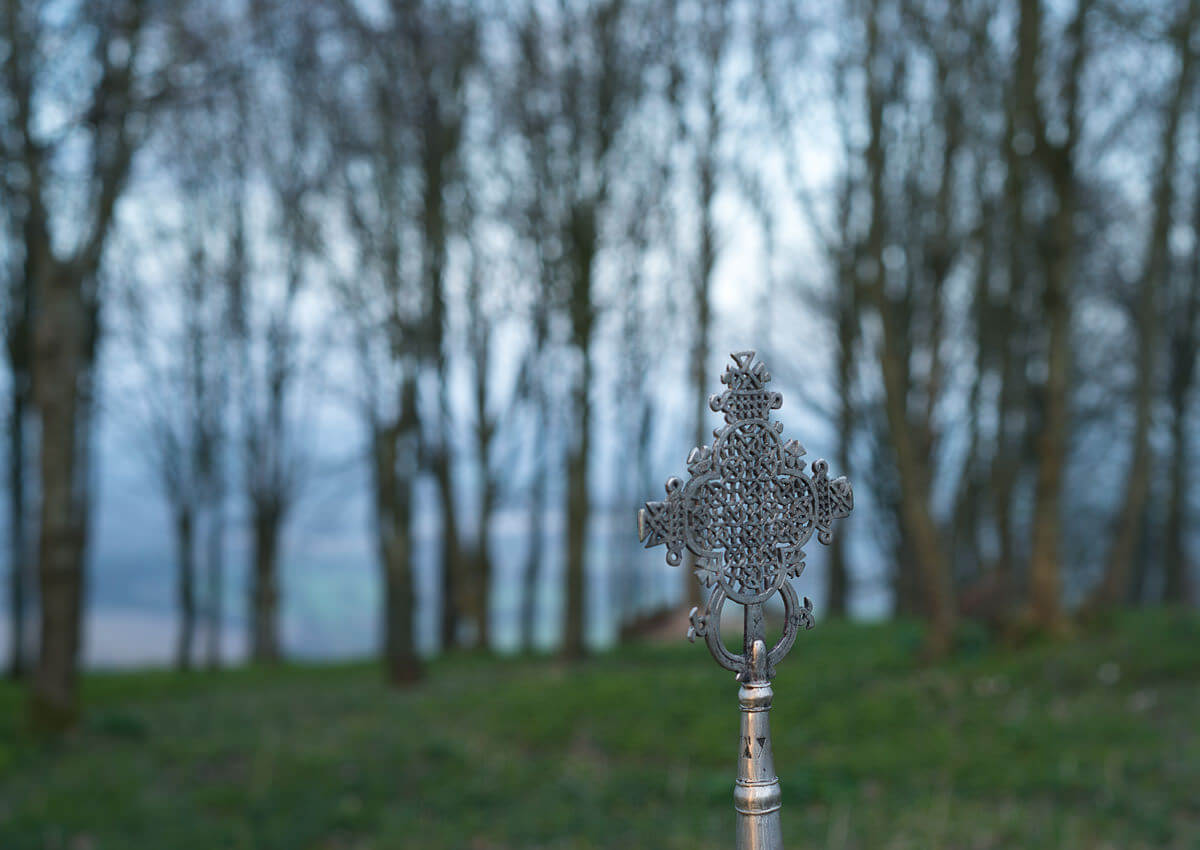 Why St. Columba? He is one of the finest examples we have of a truly indigenous apostle. Born a generation after the Romano-British Bishop Patricks’ mission to Ireland, St. Columba emerged as an exemplar of the British and Irish Monastic Church. As the most well documented figure in the early British and Irish gospel tradition, his simple and unswerving pursuit of the love of God lit a fire in the British Isles that stills burns today. The Society of St. Columba wants that fire to burn brighter than ever before.

Alone with none but thee, my God,
I journey on my way.
What need I fear when thou art near,
O King of night and day?
More safe am I within thy hand
than if a host should round me stand.
St.Columba

St Columba (b521–d597) was born in Gartan in modern day County Donegal[1] on 7 December 521[2] into an Irish noble family. His father Fedilmidh is recorded as being a descendent of King Neill of the Nine Hostages and his mother a descendent of Cathair Mór a former King of Leinster. This royal lineage placed him in line to the throne of the Uí Néill clan. Columba is the Latin for Colum-cille meaning ‘Dove of the Church’[3].

As was the tradition in Irish aristocratic society, Columba was given to foster parents to be educated. In Columba’s case his foster parent was a priest by the name of Cruithnechan who also baptised him into the church. Wentworth Huysche records in his introduction to Adomnán’s Life of Saint Columba, that Justinian was emperor at Constantinople and Benedict had recently founded his monastery at Monte Cassino.[4] Columba’s feast day is 9 June.

Columba’s early career involved him being trained in poetry and the bardic tradition under a Christian bard named Gemman[5] and he studied at a series of monastic schools most notably under Finnian of Moville and Finnian of Clonard. While he was studying at Clonard alongside other notable Irish saints like Kenneth and Comgall[6], Columba was ordained as a priest by Bishop Etchen in 551. He is known as one of the ‘Twelve Apostles of Ireland’[7]. During his early career Columba established a number of monastic foundation most notably in Derry (545), Durrow (553) and Kells (554)[8].

It was whilst studying at Moville that Columba became embroiled in a controversy that was to become a seminal moment in his personal life as well as the life of the Christian Church in both Ireland and Scotland. During his time at Moville, Columba copied a manuscript, (allegedly a Psalter originally copied by St Jerome) which became known as ‘The Cathach of St Columba’[9]. Columba’s intention of keeping the manuscript was challenged by St Finnian the Abbot and on appeal to Diarmait the Chief of the southern Uí Néill, the ruling was given in favour of Finnian with the famous words ‘to every cow belongs her calf’[10]. From this incident the Southern and Northern Uí Néill clans fought a battle at Cooldrevny near Sligo in 561, with Columba’s clan the northern Uí Néill being victorious. The Church for his part in instigating the battle subsequently cited Columba and moves were made to ex-communicate him, which failed due to the timely intervention of St Brendan of Birr at the Synod of Teltown. St Molaise (Laisren) who was Columba’s soul-friend and confessor assigned a penance for his actions of going into exile and the saving of 3000 souls for the gospel. This number is said to have been the same as were slain on the battlefield of Cooldrevny.

At the age of 42, Columba set sail with 12 disciples from Derry and headed towards Dalriada in Scotland. King Conall, a cousin of Columba[11], granted the Island of Iona (Hy) as the place where the exiled Columba could settle and found his monastic community. From this location Columba would spend the rest of his life in missionary activity throughout Scotland, especially amongst the Pictish people. Columba is said to have returned to Ireland only once during his imposed exile, which was to attend a meeting at Drumcreet (575) to intervene on behalf of the Bards who were being threatened with suppression by the Kings of Ireland, as well as negotiate the political relationship between Uí Néill clan and the Dalraidian Scots[12].

Columba died in 597, his monastic career was long and colourful and his legacy is still with us to this day. His life inspired St Adomnán, 7th Abbott of Iona, to write his famous hagiography entitled ‘The Life of Saint Columba’, from which most of our knowledge of Columba stems from. Additionally the missions from Iona continued long after Columba’s death, the most famous being St Aidan’s mission to Lindisfarne (Holy Island) off the Northumbrian coast in England.