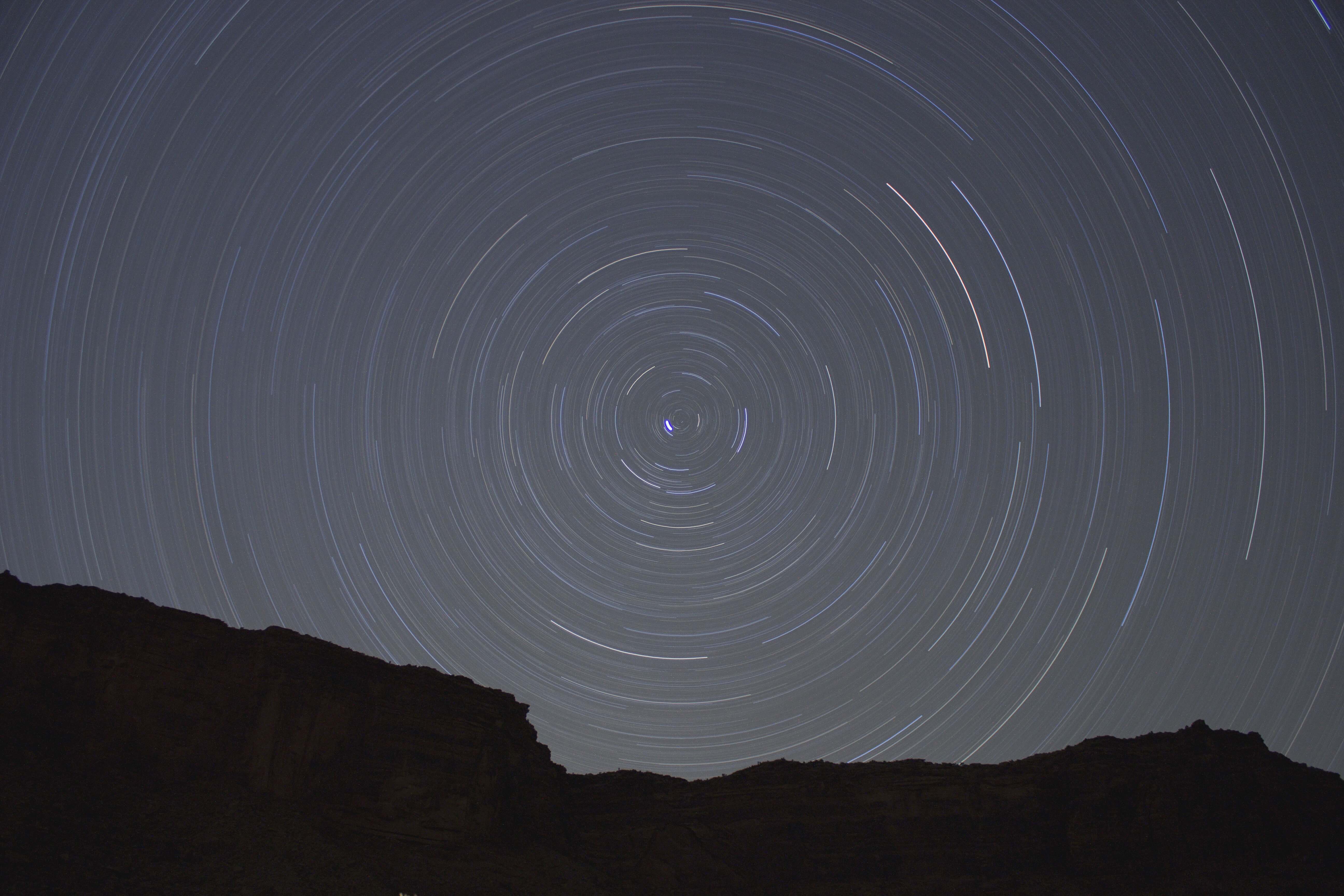 Be naked in your imitation of Christ and the Evangelists

In the last few years I intentionally dropped my work as a practising ethical jeweller (a vocational cause I have thoroughly enjoyed) as I heard the whisper of the Holy Spirit say, ‘This has just been a dress rehearsal’. Embracing new monasticism to the near exclusion of other pursuits has been an exercise in letting go of self, the successes, awards and platforms I have enjoyed as a notorious maverick in the expensively shiny and corrupt world of gold and diamonds.

Embracing a slower agrarian living, working with The Wild Ones and recognising that community living is essential for discipleship, has bequeathed me vital lessons in re-awakening the rawness of the life of the Spirit.

The principle lesson for me has been that Christian Discipleship  is not first and foremost an intellectual activity. Discipleship cannot be taught in the seminary or from the pulpit, as though its veracity resided in an intellectual ascent to correct thinking. It is noteworthy that Jesus did not set up a first century equivalent of a theological seminary to instruct his disciples. Following Christ is best learned through community participation, personal failure and the application of moral courage. Jesus established a small community, into which he imparted himself. Equally the Trinity is a model of perfect community, co-existing in a unique and unfathomable Trinitarian oneness. Contrast this with the modern platform entertainment culture that has so en-culturated the popular face of the British Church.  In every way this is a distracting manifestation of Christianity, as the platform preacher is an ineffective means of communicating the reality of following Christ,  because it models difference, elitism and spiritual hierarchy. The very thing that Jesus warned the disciples to avoid. You cannot wash feet from the platform.  When Jesus calls his disciples, his invitation to them is ‘follow me’. He does not burden them with ideas, constructs or academia. Rather he asks them to listen, watch, learn, question and to do as He does. It’s amazing what goes through your mind when you are administering a de-shitting pedicure and anti-bacterial foot spray to a sheep.

However a note of caution is needed here. Current political and clerical populism (with or without a dog collar) has created a climate where anti-intellectualism is treated as a virtue and is despoiling the idea of truth and fact. Our promotion of a graciously firm intellectual discourse alongside the noble discipline of pursing truth and exposing untruth, is needed now more than ever in the world of alternative facts and dog-whistling political leaders. As Christians we grow into the Truth and our minds and intellects are critical to that growth. My aim here is to simply point out that discipleship is primarily an activity rooted in imitating Christ like behaviour, not something that can be achieved through philosophical reasoning or populist anti-intellectualism.

We all stumble in our walk as disciples, and those who aspire to walk the narrow path of new monasticism will do so more often than others. The challenge with the word ‘monastic’ is it can inaccurately conjure up the idea of moral or ethical perfection. As I explored in my earlier blog/podcast with the use of the word ‘new’, the word monastic needs to be rediscovered again in its vocational context, rather than its moral or clerical one. The emergence of monasticism in the third century deserts of Egypt was primarily a prophetic movement away from the imperialising co-option of the Christian faith by the Roman Empire.

Monastic disengagement from the start was a social and political statement as well as a theological one. We cannot overlook the vital importance in the fourth century of ‘social meaning’. The presence of heavenly power on earth expressed in the monastic life was closely related to an ascetic stance to ‘this world’ – represented by disentangling oneself from conventional social and economic obligations in favour of a reshaping of human relations.

Philip Sheldrake – Spaces for the Sacred.

This despoiling of Christian discipleship by military and political power is a corruption that some 1700 years later the church continues to struggle with. This is essentially why a re-enactment of the monastic migration into the desert is so vital to the health of the Body of Christ. It is in the desert, away from the centres of worldly power and economic greed that the pure heart of the Christian faith is rediscovered.  We must intentionally turn our backs on the world system and its sophisticated mediums of enslaving our souls to material comforts and mediocrity. Setting our face to the way of Jesus eschews populism, celebrity, economic gain and privilege. The authentic gospel of Jesus Christ has always been a cultural anathema to the mainstream.

If (cheap) grace is the data for my Christian life, it means that I set out to live the Christian life in the world with all my sins justified beforehand. I can go and sin as much as I like, and rely on this grace to forgive me, for after all, the world is justified in principle by grace. I can therefore cling to my bourgeois secular existence, and remain as I was before, but with the added assurance that the grace of God will cover me. It is under the influence of this kind of ‘grace’ that the world has been made ‘Christian’, but at the cost of secularizing the Christian religion as never before. The antithesis between the Christian life and the life of bourgeois respectability is at an end. The Christian life comes to mean nothing more than living in the world as the world, in being no different to the world, in fact, in being prohibited from being different from the world for the sake of grace. The upshot of it all is that my only duty as a Christian is to leave the world for an hour or so on a Sunday morning and go to church to be assured that all my sins have been forgiven.

Dietrich Bonhoeffer – The Cost of Discipleship

This imitation of Christ is praxis and is a life long goal. Jesus – the God man – became human in order to open up the way for humanity to be restored to God and realigned to our creational purpose. The way in which Jesus lived – as the God man – in my simple reasoning is therefore authoritative. If God chose to manifest the human person in a particular way, then this should be illuminating as to how we should live. For example; Jesus was intentionally poor, so Christians that actively pursue extreme wealth and live a life of oppulence would seem to have an authenticity problem. Jesus was intentionally non-violent, so Christians that align there faith to gun culture and legitimise the taking of life through violent means have an authenticity problem. Jesus actively rejected political platform and the abuse of authority, so Christians who hold the executive offices of worldly power have an authenticity problem. These challenges are not easy to engage with. It is very difficult to live in Britain today and avoid getting caught up in the spiritually emasculating vortex of secular society and to walk as Jesus walked. In this regard I consider the pursuit of an intentionally holy life almost impossible in modern Britain. It is the most difficult vocation to choose.

There is no immediate antidote. The charismatic house churches (the tradition I come from) and their self appointed apostolic leaders, wanted a sovereign revival to appear, so the nation would on mass turn to God and effectually save us all from ourselves. We all know that this has not happened, so perhaps now we have been liberated from this kind of fantasy theology, we can begin the generational task of transitioning away from the world system and build new monastic communities of hope and love that reflect the Kingdom of Heaven here on earth. Monastic communities of hope that seek to build upon the ethic of Jesus so illuminatingly elucidated in the Beatitudes. It is worth reminding ourselves of them as their simplicity, candour and spiritual relevance to today is vital for us to find our path back to the way of Jesus.

This beautiful way forward precipitates a realigning of our lives together around the practice laid out in the beatitudes. A practice where the poor are most welcome, humility, comfort, mercy, righteousness, peace, purity, and advocacy on the part of minorities are a daily reality.

New monastics must be brave and invest again into the physical land and its people. There can be no shying away from the moral task of being at the vanguard of protecting the natural world against the dark forces of industrial and economic commodification.  We must not shy away from serving the needs of the poor and protecting them from the satanic mills of political capitalism. Know where you belong and who you belong to. We need to throw off the shackles of perfectionism and the curse of moral piety associated with clerical monasticism and evangelical puritanism. We do not need to be perfect to participate, rather we participate so we may be made perfect. It is the integrity of our story (successes and failures) that defines the authenticity of our walk with God. Jesus’ offer to humanity is an invitation to follow in his footsteps, and His only requirement, nay command, is to love. This is the Jesus rEVOLution and the call placed upon all new monastics; to follow Jesus and to love everything in creation.

In my third and final blog, I will explore the idea of the spirituality of place. Being restored to the land is vital if western Christianity is going to rediscover its authenticity.