Enter through the narrow gate. For wide is the gate and broad is the road that leads to destruction, and many enter through it.

But small is the gate and narrow the path that leads to life, and only a few find it.

I start this reflection on the nature of the pathway to the paradise of the soul, with a quote from the American agrarian mystic Wendell Berry taken from his 1969 essay entitled The Native Hill.

The difference between a path and a road is not only the obvious one. A path is a little more than a habit that comes with knowledge of a place. It is a sort of ritual of familiarity. As a form, it is a form of contact with a known landscape. It is not destructive. It is the perfect adaptation, through experience and familiarity, of a movement to place; it obeys the natural contours; such as obstacles as it meets it goes around. A road, on the other hand, even the most primitive road, embodies a resistance against landscape. Its reason is not simply the necessity of movement, but haste. Its wish is to avoid contact with the landscape; it seeks so far as possible to go over the country, rather than through it… It is destructive seeking to remove or destroy all obstacles in its way. 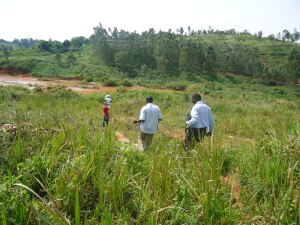 The pathway through the Congo artisanal gold fields

A similar idea had occurred to me on a 2013 visit to the Democratic Republic of Congo. I was visiting small-scale gold mines with Peace Direct and Berry’s observations helped to illuminate the essential paradox I was experiencing in a way I could not fully grasp at the time. As we drove north from Bunia on the Mongbwalu Road, we travelled a road constructed by the infamous Anglo-gold Ashanti transnational mining company. A road expressly built to facilitate their huge open cast gold mining operation. It carved is way through the landscape, bisecting entire villages, leaping rivers, ploughing its way mercilessly through the terrain, trampling everything it came across. The ride, of course, was a smooth one, yet somehow unnatural and eronious. When it came to visiting the small-scale artisanal gold operation we had to wander single file through Plantain fields that glided down the valley. The path itself barely perceptible. Its impact minimal, natural and strangely wholesome.

Closer to home this idea was evidenced on the road I use to get to my secluded prayer spot. A car had collided with a young deer, leaving its body twisted and broken on the road side, the offending driver having fled the tragic scene. I was grateful to the game-keeper who was able to clinically dispatch the broken beast and end its obvious suffering. The car driver had ploughed through that which was a Theophany of God in creation and the guilt of that selfish act had been left bloodied to die in agony. The great tragedy was not the accident itself, but the arrogance of assuming that the animals life was of no moral consequence, a mere inconvenience to the driver as he sped down the road to his or her destination.

These two roads became an external  metaphor for the internal challenges I face as a contemplative and someone seeking to outwork a Columban spirituality in my daily life. As I journey towards the Paradise of the Soul, I must abandon the arrogance of the concrete road and stand in simple awe of the delicate path that leads me forward. The road is an age old symbol of imperial arrogance, the path the lightest touch on a living landscape of awe and encounter. On the wide road, I join the many in speeding from destination to destination in the shortest amount of time possible. On the narrow path I discover the joy of traveling with the few, as the path itself cannot contain the masses you find on the road. Here there is no speed, no traffic, no noise, no congestion of the soul. Your companions become the natural contours of land and sky, sun and moon, heat and cold, light and darkness. 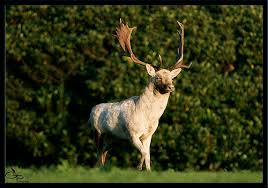 The natural fragility of the narrow path attracts the ancient friendship of creation. The other day as I travelled a back lane towards my place of prayer, I was forced to stop as a Trinity of white stags crossed my path. On the pathway, creation steps forward as its true self, and those who are slow enough, can share in these Holy encounters. This mystical path is perhaps the one part of modern western life that cannot be concreted over by the road builders of commodified religion and the mega church megalomaniacs. The narrow path stands in true contrast to the hubris of the mega-church construct that has become aligned with the myth of redemptive violence and material wealth. The narrow path speaks of uniqueness and the authenticity of the human soul in its true proportionality to the Divine God of our origin.

On the pathway to the paradise of the soul we become a peregrinus for Christ. St. Columbanus spoke of, life being the path that leads us to home and warned us not be fooled into thinking the road is your home. This is a lesson that I have been learning over recent years. The roads of the world can be deeply seductive and speak of the right to buy services, of material comfort, material wealth, gluttony as good, political security secured through violence and of emotional gratification as the goal of the human spirit. This road, when syncretised with a Christian narrative can lull you into thinking that you have arrived at the place of Gods blessing. It is a little like driving on the motorway, stopping at a service station and calling it your destination. One can only mistake a service station for Paradise if ones formative introduction to Christ is shaped through an experience of Christianity being a religion that delivers prosperity and self serving convenience.

I am slowly abandoning this road and the concrete boulevards of the false self. I am looking for a simple path, the narrow path that leads me onwards and upwards to the narrow door of my true home. This narrow path is full of new friends such as silence, stillness, and the discomfort of my own self-awakening. To be naked in your imitation of Christ, (the second rule of St. Columba) seems to me to start with the discipline of walking the narrow path to Paradise. On this path I finally accept a true perspective on the value of life and the part I contribute in it.

St John of the Cross captured this journey far better than I ever will when he wrote;

I live without inhabiting myself – in such a wise that I – am dying that I do not die.

Within myself I do not dwell – since without God I cannot live.

Within the splendid magnificence that is God, I can now begin to glimpse my eternal value in the eyes of the one who holds the scales of justice in which we must all be weighed. The Columban way is teaching me, to travel light, so when I reach the day of my arrival in Paradise I am found to be carrying no excess baggage.

Prayer – The Heart of St. Columba.

NEAR A CHIEF CITY – Rule of Columba