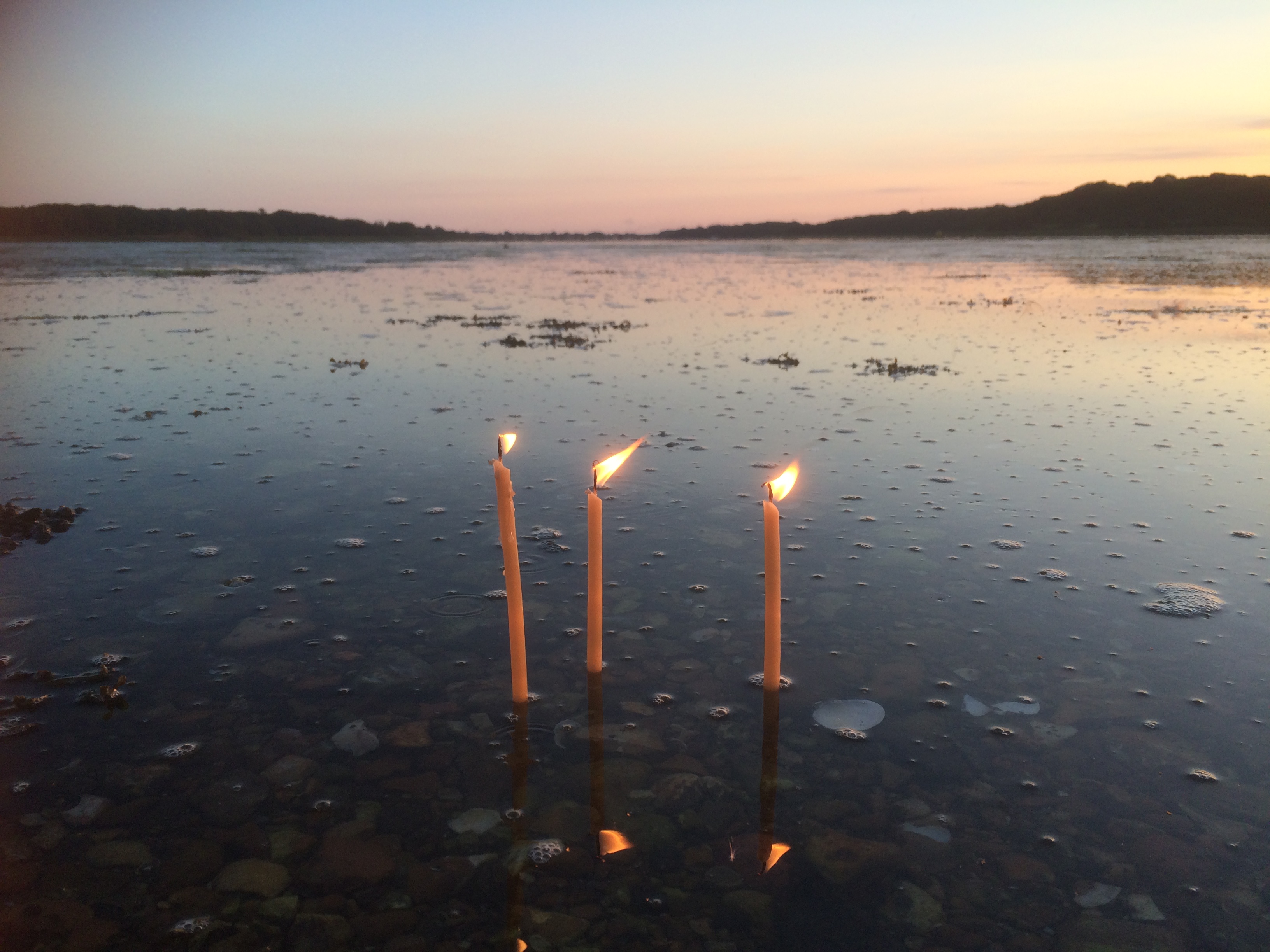 Candles at sunset on rising tide in Chichester Harbour.

Beginnings of an exploration in British Monastic Ecclesiology.

For as long as I can remember I have always been drawn to stillness. This does not of course mean I have always been still and as those that know me will testify very rarely quiet. Silence and stillness have over the years become good friends. The longer we walk together the greater an appreciation of their presence and personality I am developing. Silence and stillness are like two ancient spiritual seers, whose call to every generation is to rediscover the Divine Creator in the simple act of listening and holy living. Like many Christians whose introductory experience was predominantly charismatic non-denominational, I have grown to appreciate there is life beyond the noise, ebullient and imminent expectation of a national revival and a resurgence of evangelical social reformers. In and of themselves these expectancies are fine, yet given the increasing flood of political, social and climate chaos the western hegemony finds itself in,  I wonder whether they truly are able to deliver on their promise. A chaos the western church is by and large an active economic participant in.

We are of course, all products of our culture, our Godly encounters and our ecclesiology, I am no different. The culture of late 20th, early 21st century Britain has shaped a particular expression of popular churchmanship, that in turn has shaped and framed the encounter I have with God. This became apparent to me as I listened to the stories recounted by my daughters and friends, of how they and their peers were encountering the corporate manifestations of the Holy Spirit during worship gatherings at Soul Survivor.[1] Not a lot would appear to have changed since I attended in the late 1990’s.

The journey from conversion, charismatic encounter, Christ in the poor, contemplative activism to creational wholeness represents a continuum of spiritual peregrination, that when viewed through the eyes of faith is both instructive and life affirming. If this journey is authentic, it has also been spiritually turbulent. Authentic in that it is progressive, I am still in spiritual motion towards my Creator. After all dead people do not move. Life is always in motion, growing, straining, searching for the light. Turbulent as genuine spiritual growth always creates a worldly resistance that must be overcome in our own inner resistance to change (Romans 12:21). The resistance we encounter is always focused on what we prioritise in our lifestyle and the subsequent allegiances we allow ourselves. St. Mark was unequivocal in his assessment of this point in his retelling of the parable of the sower (Mark 4: 1-9). The cares of the world stifle genuine faith and the world would have us care more for it, than we do for God.

Having recently completed studies in Celtic Christianity with the University of Wales, I have come to the conviction we can no longer afford the luxury of allowing a justifiable love for Celtic Christianity to remain just that. Celtic Christianity is a wonderful indigenous lens through which we can seek the Kingdom Of God with optimism and hope. Yet perhaps the most pertinent aspect of my studies was the realisation that the British & Irish monastic church must no longer be the sole pursuit of academics, archaeologists, hierophants and historians. Celtic Christianity must now migrate into the hands of the practitioners, the builders, the farmers, the creational activists and spiritual entrepreneurs whose focus is on living a Christian witness that is rooted in the simplicity of prayer, work and reading in this our green and pleasant land.

My purpose in undertaking an MA was to explore the simple ecclesiology of the indigenous monastic church of Britain. My inspiration for this was St. Columba, the monastic houses that he established, Adomnan’s Life of St. Columba (VC) and the monastic Rule of St. Columba. This Columban charism was archetypal of the British & Irish monastic flourishing between the 5th to 9th centuries. Arriving at its door has been an adventure, a distillation of life experience, creational awakening, a longing for spiritual authenticity and a recognition that the world system cannot deliver on the aspirations that we all feel for a better future for our children, communities and our human longing to find social meaning and purpose.

Arriving at an ecclesiology of the monastic church has been the culmination of numerous factors that have focused heart, mind and spirit on a grounded response to the human, economic and ecological crisis that the world system continues to pursue unabated. I would summarise this worldly obsession as,

Our acquiescence to the power structures of the world as the defining authority on how we live our lives, has denuded our Christian witness of authenticity and led society as a whole to disregard the church as a cultural artifact. In his essay Racism and the Economy, the Christian agrarian mystic Wendell Berry writes the following,

The great enemy of freedom is the alignment of political power with wealth. This alignment destroys the commonwealth – that is, the natural wealth of localities and the local economies of household, neighbourhood, and community – and so destroys democracy, of which the commonwealth is the foundation and practical means. This is happening – it is happening – because the alignment of wealth and power permits economic value to overturn value of any other kind.[2]

In my 30 years of being a Christian, I have come to the realisation that despite the rhetoric and efforts of well meaning missional groups focusing on confessional conversion, as a body politick, the current western Protestant church is failing in its basic purpose of making disciples and liberating these disciples from the destructive values of the world. ‘You cannot serve God and wealth’ (Matthew 6:24b) is the starkest choice that Jesus presents his followers with. Western orthodoxy has overwhelmingly ignored this basic maxim in favour of a Christianised version of the pursuit of wealth and material comfort. We now have a proliferation of churches, church leaders and church members whose only point of distinction from worldly values is an intellectual confession of faith. We are indistinct from the wider world. This cultural settlement is an anathema to the teachings and life of Jesus. Christianity is an incarnational faith, not a confessional faith. My life is my confession.

The next blog in this series of three will explore the characteristics of the Monastic Church.

For a complete copy of Reawakening our Origins, please click on title.

The Lamentations of Hope