In this series of reflections on the Rule of Columba our aim is to explore the wisdom of this ancient rule and find a newer expression and vitality in the modern era.

BE ALONE IN A SEPARATE PLACE NEAR A CHIEF CITY, IF YOUR CONSCIENCE IS NOT PREPARED TO BE IN COMMON WITH THE CROWD.

We begin this short blog with a contextual observation. At the time of the writing of this rule, the author was in fact describing the spiritual transition that a monastic adherent would under go as they moved from living the communal life among the monastic familia to a life of an intentional hermit or anchorite.

The Rule of Colum Cille is not concerned with an anchorite or hermit in the sense of one dwelling in total isolation, …what is depicted is evidently an amalgam of cenobitic regulation and anchorite exclusivity.1

To our contemporary mind, we wrongly assume monastic living in Britain and Ireland was an enclosed, rather small affair. In the mid 7 century monastic living could be interpreted as ‘the metropolis’ of its day; with famous monastic sites such as Glendalough, Iona, Clonmacnoise, numbering thousands of people dependent on its communitarian vitality. The chief city was indeed another way of saying the monastic city, the centre of a regional economy, the cultural hub, the artistic centre, the intellectual focal point and the core of the worshipping community.

The challenge faced with any modern re-interpretation of ancient texts and contexts is to find the most natural way of re-awakening and contemporising these pearls of wisdom without losing the essence of what we may learn from them. Today cities are centres of the political economy, where pluralism, individualism and secularism are dominant. Christianity, at this point in British life, and its values has by and large become a notional historical reference point and in real influence terms become a marginal force in the shaping of main stream culture. The crowd simply does not view the message of Jesus as relevant to its future. Where this leaves the followers of Christ is an existential question that many devotees are consistently perplexed by. I know in my own experience of the Churches discourse when I first became a follower of Christ was preoccupied with ‘being cultural relevant’ and Church planting.  The simple idea that our way, our interpretation of events, doctrine and behaviour are correct and therefore must be conformed to is prevalent in a Church that is battered and bruised by the massive cultural movements in our world. It seems it is trying to define its existence through conformity to belief and cultural practice. Conformity manifests itself around a centre, this centre can be a practice like the use of contraception, or it can be a doctrine like a particular view of the atonement or capitalism. These ideas and practices set themselves up and insist that others do as they do, or believe as they believe. I can think of no more obvious ideology in the modern world to illustrate this than the charging of interest on loans. Clearly there is no biblical precedent for this behaviour, yet everyone who confesses Christ in the west, including myself, compromises on this point. 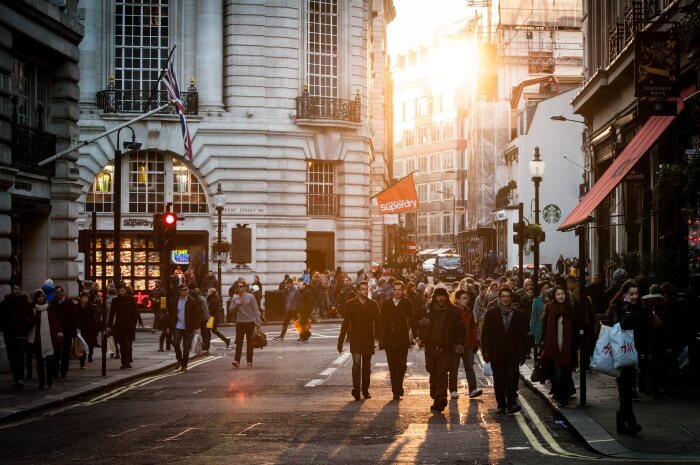 Crowds out Christmas shopping on Regent Street in London.

What is the Crowd?

Crowds are collections of individuals who choose, through participation, to a degree of loss of individuality. At worst, crowds can become a swath of non-personalities who adopt a collective identity and behaviour that can lead to disastrous consequences. Joining in with a crowd is a matter of conscience, it is an indication that we are prepared to sacrifice some of our uniqueness to blend into a more mainstream existence. Perhaps it is around this compromise that the conscience plays it true part. Some are clearly called to be involved in the mainstream, yet the Columban rule seems to say that this mainstream participation, ‘should be treated as a matter of exception and conscience’ rather than as the normal Christian experience. In essence the crowd will always require conformity that leads to the follower of Christ having to make a choice. Will I compromise or won’t I?

‘Do not conform to the pattern of this world, but through the renewing of your mind be conformed to the pattern of Christ’. I think Paul understood the hard choices that the world thrusts upon us and the pressures we come under to conform to patterns of behaviour that are counter intuitive to the radical freedom’s that are inherent in the gospel message. 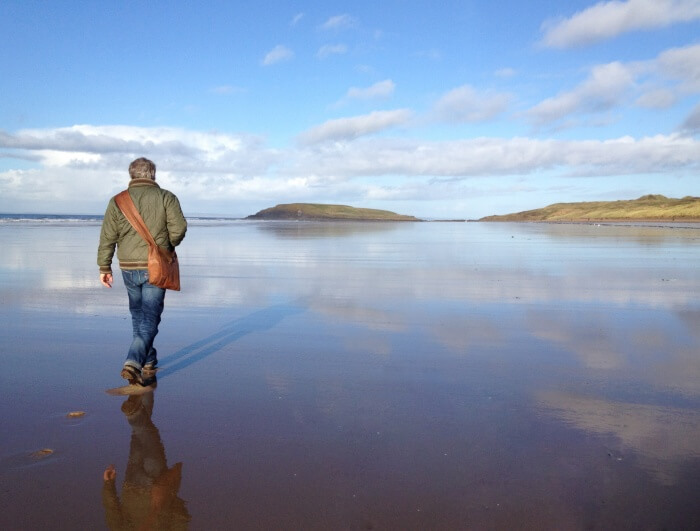 It is to this issue that Columba so eloquently speaks when he talks about separateness, aloneness and being a part of the crowd. The intentional separateness that we are called to embrace does not only have a mystical inner impact on our relationship with God through the creating of the space for us to conform to the pattern of Christ. It also has a social and cultural impact as well. By not being in common with the crowd we begin to reduce the power of ungodly ideologies in our lives. As others follow suit so the overall impact of the crowd is reduced even further. Naturally the danger here is that as we move out of a centre, another centre is formed, in effect creating the very same problem we have just spoken about. By staying in the aloneness with God, helps put the breaks on this happening. Christ is the centre and our practice, our naked imitation, is shaped in the place of solitude first.

For many the pressure to conform is so strong its leads to a breakdown in their faith, disillusionment with the Church, hatred for Godly authority and a crisis in their own identity. Yet it is precisely this non-conformity and commitment to being free that defined the early British church. Their non-conformity to the centralised Roman church practice and doctrine is what made them so dangerous in the minds of their detractors. It is precisely this non-conformity that is so dynamic in the rule of Columba and in my opinion has contributed to the continual festering non-conformist nature of the British church and its people. Christ is the safe haven for the non-conformist in an age of bland cultural obedience. Where space to find freedom is at a premium, being alone in a separate place with God is the harbour of our souls individuality and the greenhouse of its growth. Christ and Columba give us permission, in fact call us to come out of the mainstream and find our identity in the margins of solitude with the Trinity.

It is ok to be different, its ok not to fit in, it is often the first step on the journey to maturity with God.

NEAR A CHIEF CITY – Rule of Columba

Be Naked in your Imitation of Christ.